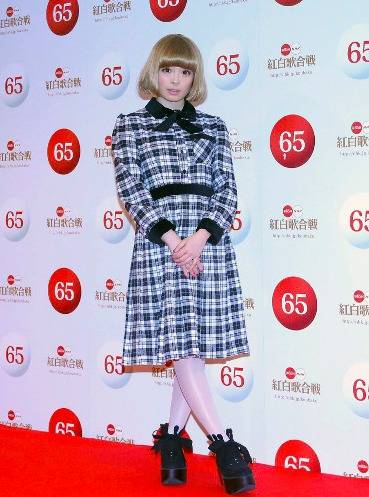 On December 29, Kyary Pamyu Pamyu participated in the rehearsals for the upcoming 'Kohaku Uta Gassen' at NHK Hall where she commented on her appearance on the program with SEKAI NO OWARI's vocalist Fukase.

Kyary stated, "I'm on the red team (SEKAI NO OWARI is on the white team), so we'll be rivals. I will do my best so that the red team can win." Reporters asked the singer if it's encouraging to have her boyfriend there with her. "I'm happy that we'll be able to appear together. I'm also happy because I love the members of Sekaowa," she happily responded.

Last year, Kyary went through a costume change during her performance, but this year, she revealed that she has prepared one special costume.