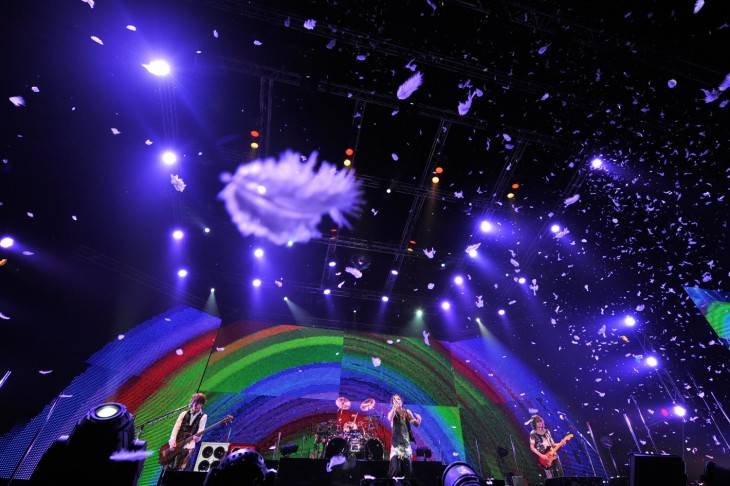 Previously, it was reported that L'Arc-en-Ciel's documentary film 'Over The L'Arc-en-Ciel' will be shown in theaters across Japan for 8 days starting December 5. It's been revealed that the film will also be shown overseas.

The film covers the band's world tour 'L'Arc-en-Ciel WORLD TOUR 2012'. The countries that have confirmed the film's screening at this time are Thailand, Singapore, Hong Kong, Indonesia, Argentina, and Mexico. Other countries that will show the film will be announced later.