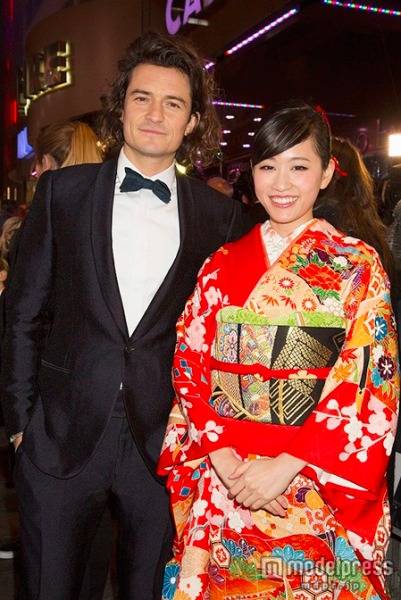 On December 1, Maeda Atsuko attended the world premiere of 'The Hobbit: The Battle of the Five Armies' at Leicester Square in London. At the event, she got to meet actor Orlando Bloom and exchanged a hug with him.

Orlando praised Maeda saying, "Amazing! You are wonderful!", to which Maeda responded shyly, "Thank you." On Maeda, who aims to have a career in Hollywood someday, Orlando said, "She's wonderful. Although I've never seen her movies before, I'm sure they're fantastic." He cheered her on with, "You just have to keep going, but I'm sure you'll do just that." 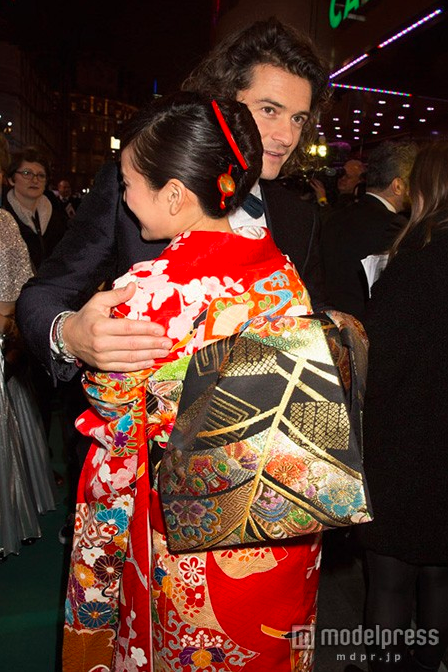 As her first time attending a premiere overseas, Maeda excitedly commented, "You can only wear a furisode (long-sleeved kimono) when you're young, so I'm very happy to participate in a place like this at this age. Anyway, the scale (of the premiere) is amazing, and the staff and cast treat their fans so wonderfully!" After watching the movie, she expressed, "I cried a lot. It made me realize how much I love this series. In this movie, there is everything from reunion to friendship to love. You can feel empathy with any character. The last battle scene was really impressive!" 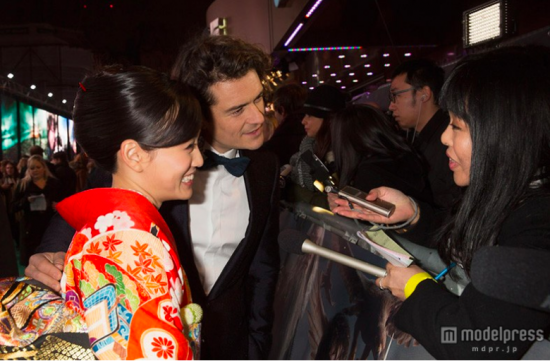 Regarding the movie's themes "the end of a journey" and "parting with friends", Maeda said, "I graduated from AKB48 and I'm continuing my journey alone now. The end of one journey is the beginning of another, so I'm very excited."

'The Hobbit: The Battle of the Five Armies' will open in theaters in Japan on December 13.