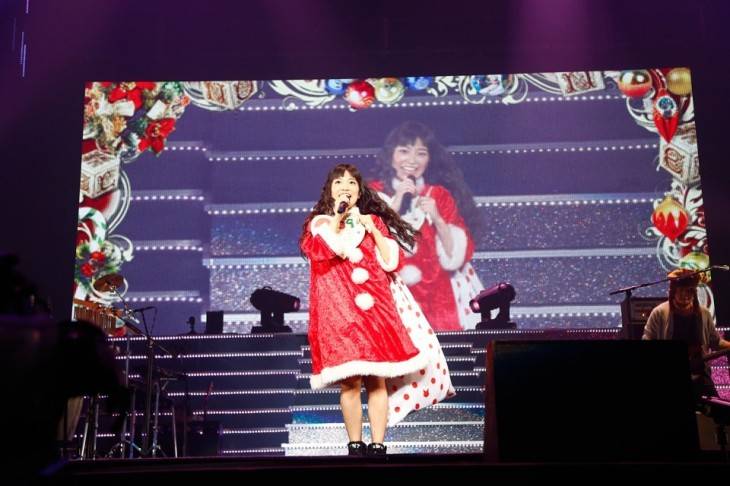 miwa will hold a live concert called 'miwa live at Budokan ~acoguissimo~' on March 7 and 8 at Nippon Budokan. It will be her 2nd Nippon Budokan live; the last one was held about 2 years ago.

This announcement was made on December 24 during the finale of her arena tour 'miwa-39 live ARENA tour- miwanissimo 2014' at Yokohama Arena. In addition to the Nippon Budokan live, it was announced that she will tour across Japan with a band.

For the concert on December 24, miwa dressed up as Santa Claus and spoiled fans with Christmas songs such as "Jingle Bell" and "I Saw Mommy Kissing Santa Claus". During the encore, she expressed, "It's all thanks to my fans that I was able to come this far. I want to sing this important song together with everyone," and sang her latest single "Kibou no WA" with the crowd. She stepped off the stage after declaring loudly, "My next goal is Nissan Stadium!"

JO1's will provide the opening of the anime ă€ŽGunjou no Fanfareă€Ź, and main vocalists Yonashiro Sho & Kono ď»żJunkiď»ż collaborate with Hiroyuki Sawano [nZk] for the ending
21 hours ago   1   94