miwa to sing the theme song for new 'Doraemon' movie 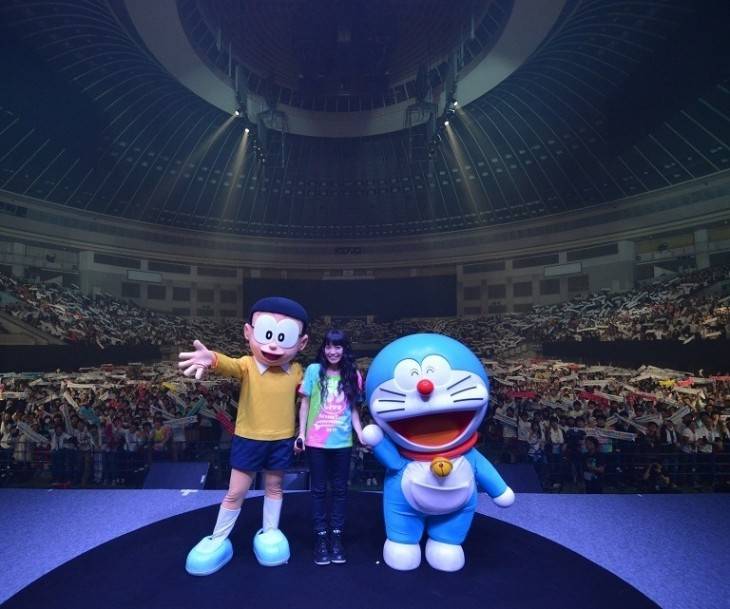 It's been revealed that miwa will sing the theme song for the upcoming anime film 'Eiga Doraemon Nobita no Space Heroes Uchuu Eiyuu-ki' (March 7 release).

This announcement was made on December 10 during her concert at Nippon Gaishi Hall. During the encore, she said, "I have big news today!", and announced that she would be providing the theme song for the upcoming 'Doraemon' movie. The crowd happily responded saying, "Congratulations!" and "Wow!" After the big announcement, Doraemon and Nobita joined her on stage to perform the movie's theme song "360°".