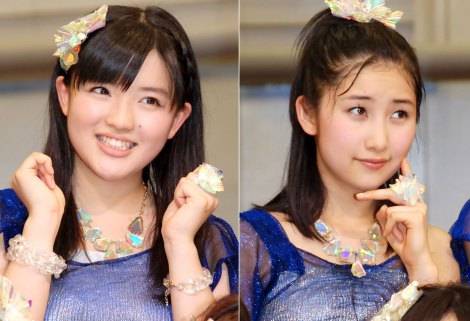 On December 29, it was announced on Morning Musume '14 official blog that member Suzuki Kanon (16) sprained her left ankle during practice, and she was diagnosed with ligament rupture which will take 6 weeks to heal.

Fellow member Sato Masaki (15) also felt pain in her right knee, and was diagnosed with a mild sprain.

Because of that, Suzuki will not be able to participate in "Hello! Project COUNTDOWN PARTY 2014 ~GOOD BYE & HELLO!~" which will be held on the 31st, and Sato will be participating only for the singing part.

Additionally, Suzuki will also cancel her appearances in "Hello! Project 2015 WINTER ~DANCE MODE!~/ ~HAPPY EMOTION!~" (to begin on January 2) for a while in order to concentrate on treatment. Sato, on the other hand, will appear both for singing and performing after consulting with a doctor.