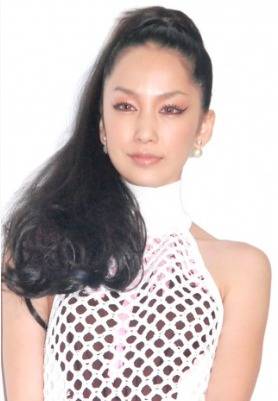 It's been reported that singer Nakashima Mika (31) has registered her marriage with volleyball player Shimizu Kunihiro (28) on December 25. This was announced by Nakashima's agency via fax to media outlets.

Nakashima reported, "It's a personal matter, but I would like to announce that on December 25, I have registered my marriage with professional volleyball player Shimizu Kunihiro, whom I have been dating since 3 years ago." Regarding Shimizu, she commented, "He is reliable and kind, and has always supported me." She continued, "From now on, I want to support Shimizu-san as his wife, and without forgetting grateful feelings, I hope to build a happy family that thinks about each other."

Nakashima made both her singing and acting debuts in 2001. Besides releasing hit songs such as "STARS" and "Yuki no Hana", Nakashima has starred in the movie "NANA", as well as the Hollywood movie "Resident Evil: Retribution". As for Shimizu, he was chosen as the Japanese representative in 2007 at the age of 20, and participated in 2008's Beijing Olympics. In 2009, he joined the Panasonic Panthers, and just last season, he achieved league championship and MVP.