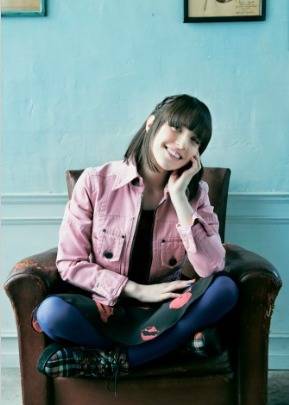 American singer Diana Garnett's new song "Spinning World" has been picked up as the new ending theme for anime 'NARUTO Shippuden'. She will be the first foreign female solo artist to sing a theme song for the popular series.

Ever since she was a child, Diana loved watching Japanese animes and started learning Japanese. In particular, she's a huge fan of the 'NARUTO' series, and have read the manga in both English and Japanese. "It's like a dream. I'm so happy that I want to jump. Another one of my Japanese dreams have come true," she expressed.

"Spinning World", which will be used in the anime starting in January, will be released as Diana's first original single on February 11. Los Angeles native, singer Inoue Joe served as the sound producer.

Diana was the winner of NTV's 'Nodojiman The! World 2013 Spring', a program that determines singers from other countries who are the best in the world at singing Japanese songs. In October of 2013, she made her major debut with a cover of Sakamoto Fuyumi's "Mata Kimi ni Koi Shiteru".

Gesu no Kiwami Otome. to celebrate their 10th anniversary with a best-of album & concert at Makuhari Messe
2 hours ago   0   70