Rola denies being in a relationship with SMAP's Nakai Masahiro 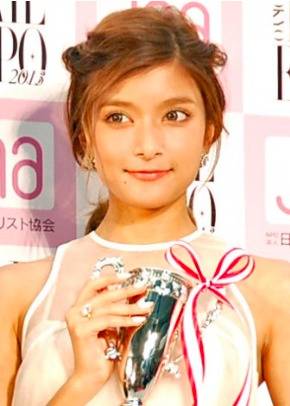 On December 25, model Rola updated her official blog and denied rumors that she's in a relationship with SMAP's Nakai Masahiro.

In a blog entry titled 'Christmas dinner', Rola uploaded photo of herself enjoying Christmas dinner with the staff at her agency. She wrote afterwards, "I'm not dating Nakai-kun. I don't even know his contact information."

Rumors surfaced after the December 23rd broadcast of 'Sanma & SMAP! Bijyo to Yajyu no Christmas SP 2014'. On the program, the two called each other by nicknames "Rolly" and "Hiiroro", and shared an episode that revealed their close relationship. When SMAP's Kimura Takuya asked, "Do you like Rola?", Nakai didn't deny it, but responded with, "I don't want to talk about those kind of things in public."
While denying their romantic relationship, Rola talked about their closeness, "But Hiiroro and I are very close."
Source & Image: Oricon
Share this article
Facebook
Twitter
0 15,469 Share Be the first to vote