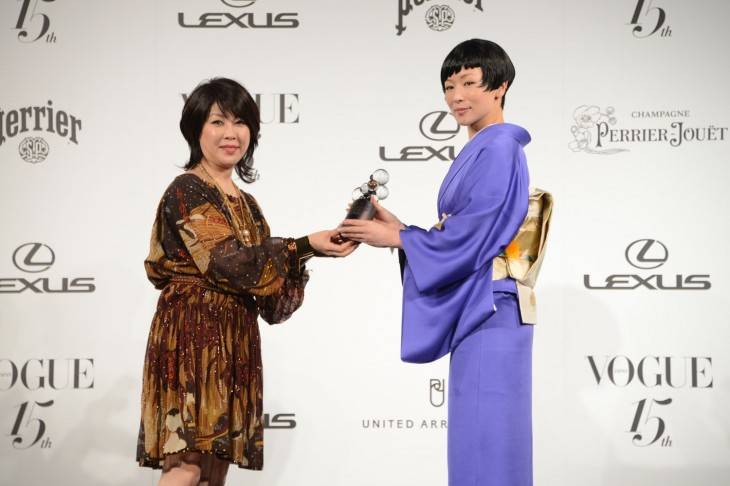 Along with Sheena, actress Anne, announcer Kuniya Hiroko, model TAO, photographer Ninagawa Mika, and actress Yonekura Ryoko were all recognized as women who play an active part in their fields of expertise, and were awarded the 'VOGUE JAPAN Women of Our Time' award for "continuing to shine and add color to our time through their careers."

On this day, Sheena attended the ceremony wearing a purple kimono. After receiving the trophy from VOGUE JAPAN editor-in-chief Watanabe Mitsuko, she expressed, "Thank you for inviting me to this gala event. I have a 13-year-old son and a 1-year-old daughter, so my days are busy, but with the continuous song requests, I am working steadily." She added, "I feel embarrassed to receive such a prize."