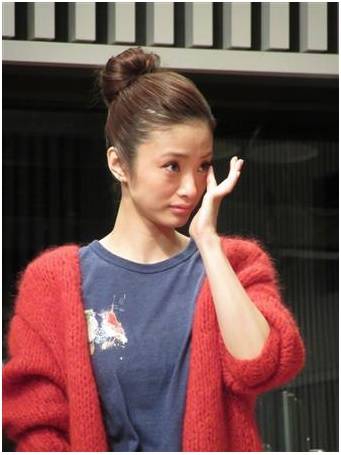 In the middle of the broadcast, her voice started to sound fatigued. At the end of the broadcast, tears welled in her eyes as she read messages from listeners and listened to a performance by the University of Tsukuba's Special Needs Education School for the Visually Impaired's children's choir. After the live broadcast ended she expressed her thoughts with, "It was fun. I feel relieved. I do not feel sleepy at all."

This was her second time taking on the challenge of being a 24-hour personality; her first live 24-hour broadcast was 8 years ago in 2006. In addition to talking, she also had to recite 9 3-minute scripts live; her fatigued voice is a "prize" for her efforts, but she reflected on her strict standards for herself with, "I have failed as a professional because my voice is fatigued. My voice rarely becomes fatigued, but today of all days, it did. I give myself 10 points."

While the broadcast was on Christmas day, she laughed as she said, "I think I would go straight to bed once I get home, though I wanted do some Christmas activities."