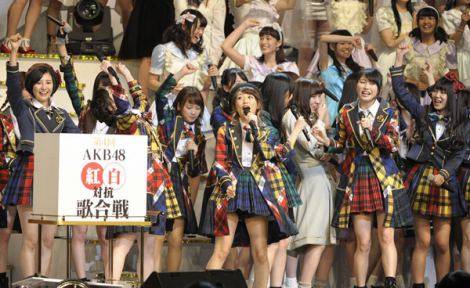 "AKB48 Kohaku Taikou Uta Gassen" is a singing battle event held by AKB48 groups annually. The members are divided into 2 teams; red team and white team, and as a general rule, they have to perform songs other than their own songs.

Victory or defeat was decided by votes -- the 60 theaters that held live-viewings (one vote), paper fans at the venue (one vote), judges (one vote per a judge), and captains of each team (one vote each) --, and this year, the white team won by 6 to 4.

While receiving the championship flag from Tanaka Masahiro, Watanabe screamed "No way! Yay!", and shared the joy of winning with her teammates, Takahashi Minami and Sashihara Rino. 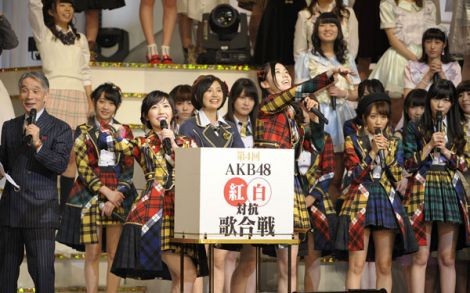 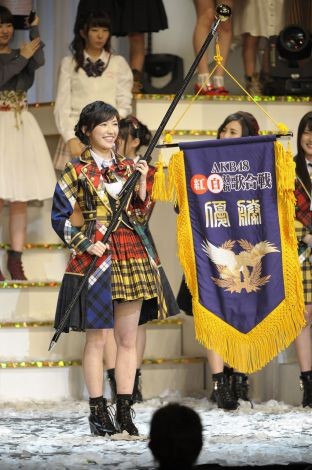 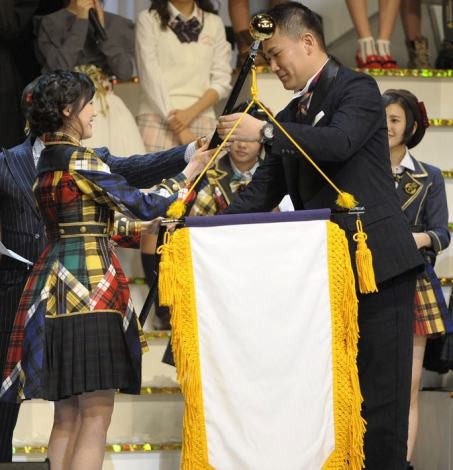 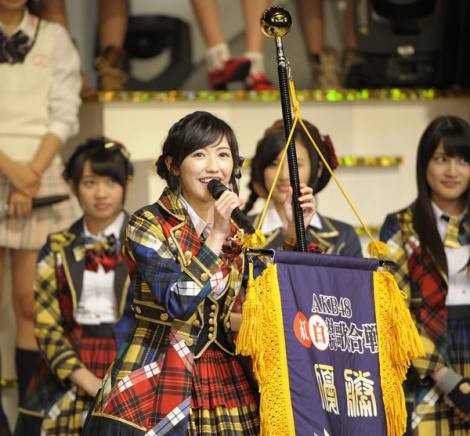