Yamamoto Mizuki talks about her accomplishments for 2014 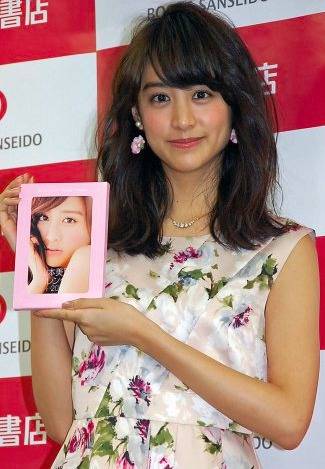 Before the event, Yamamoto had an interview with reporters and reflected on the year 2014, "I had a goal of going outside rather than shutting myself indoors. I think I was able to meet and talk to many different people." She then set a goal for the coming year, "I want to use those experiences in my acting and modeling career. Next year, I want to grow both as a person and as a woman."

Yamamoto also revealed some details on her private life, "I clean my room more than before," "I used to pile up my dirty clothes, but I started using the washing machine every two days." Moreover, she revealed that she usually cooks for herself. When asked if there is anybody that she wants to cook for, she responded, "I haven't met him yet. It sounds cliche, but right now, my work is my boyfriend."

The weekly calendar features a total of 54 photos. Yamamoto expressed, "I'm happy. My mom is planning on buying some to give to people around her."