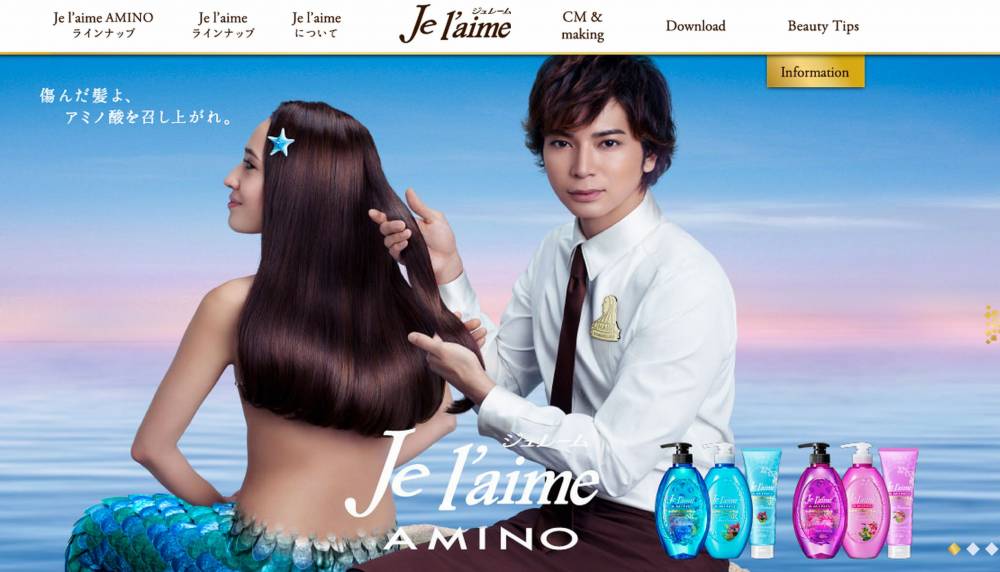 In the CM, Matsumoto is seen with a mermaid who has terribly damaged hair. She complains to him, "I've been eating konbu too.." Matsumoto appears to be shocked at the damage before advising the mermaid to use the new Je l'aime product. Filled with exaggerated expressions and humorous moments, this CM is set to capture fans' hearts once more.

This is Matsumoto's third CM with the brand, and the behind-the-scenes for the CM has also been revealed in which the idol is scene clutching his fists in victory after finishing his filming in one take, and casually chatting with the director.
You can take a look at the CM and its making-of movie on Je l'aime's official site (here) or below.