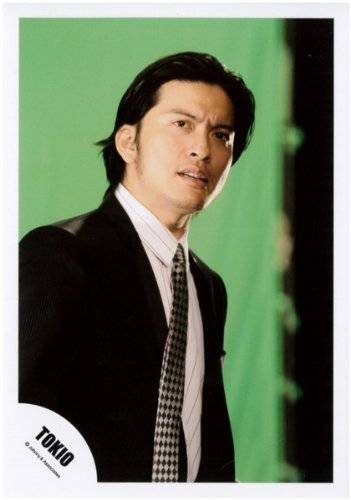 While Johnny's Entertainment might be producing some of Japan's best loved male idol groups, many of them are known for their cute, girly images. However, among these idols, there are still some that are popular for their manly handsomeness. Goo Ranking surveyed 250 men and 250 women separately and found out who are the most handsome Johnny's idols!

For the men, they voted TOKIO's Nagase Tomoya, best known for his rock vocals and wild looks, the most handsome among Johnny's, with SMAP's Kimura Takuya coming in at second place. In third place for the men is Okada Junichi from V6.
It seems for the men, 'handsomeness' includes not only the looks, but also the manly character and the attitude to life.

On the other hand, Okada came in first place with his mature good looks for the ladies. Right behind is Nagase. In third place is the handsome and talented Takizawa Hideaki from Tackey & Tsubasa. Unlike the men's result, those who have fine-looking features with beautiful eyes are considered as handsome for the ladies.

Either way, it appears that Nagase and Okada are indeed the representation of handsomeness among the Johnny's!

The top 10 voted by men are as follows:

Meanwhile, the top 10 voted by the ladies are: