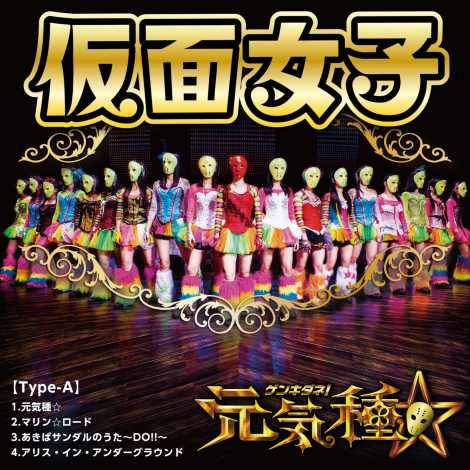 As a result, they have become the very first female artist from an indie label to top the chart.

Up until now, the best charted single by a female indie artist was second place which was achieved by 3Bjunior with their single "Nanairo no Stardust" (ironically released a year ago on January 1, 2014).

Even including male artists, Kamen Joshi is the third indie artist to accomplish this as MONGOL800 and Golden Bomber are the only indie artists to have topped the single ranking before.
Kamen Joshi which consists of three "Kamen ("mask")" units; Alice Juban, Steam Girls, and Armor Girls, is an idol group that wears hockey masks. They call themselves "underground idol" and hold more than 1,000 live performances in a year at theater "P.A.R.M.S" based in Akihabara.

Check out the music video to the chart-topping song above.