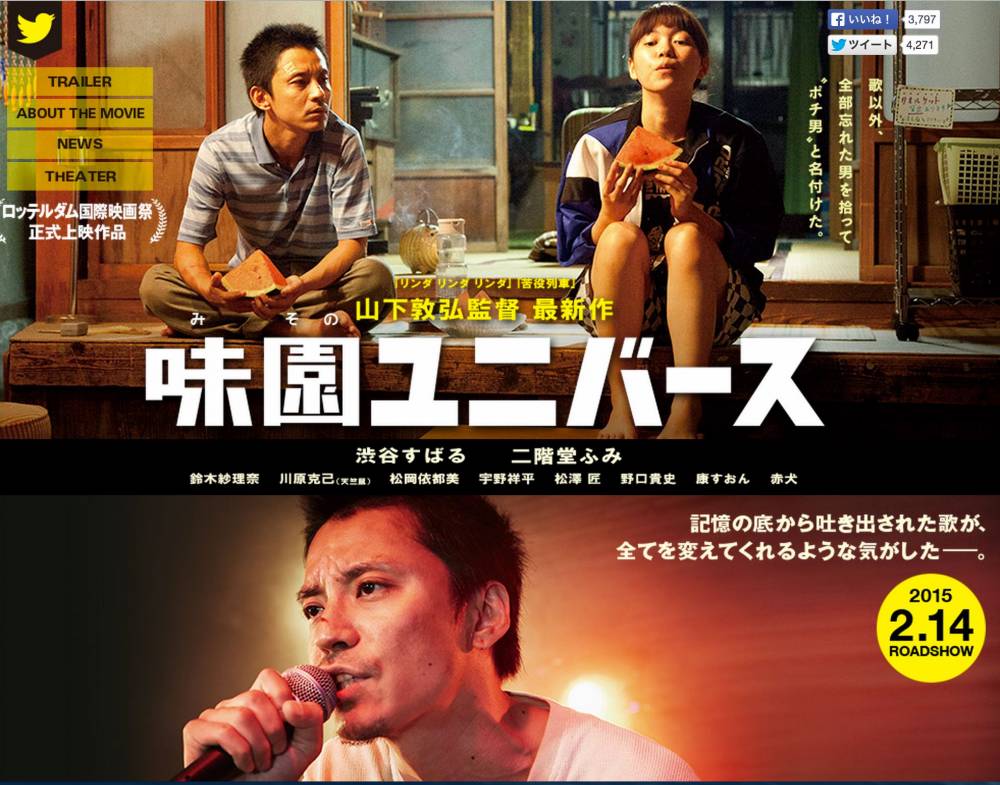 It has been announced that the movie "Misono Universe" starring Kanjani8's Shibutani Subaru (33) will be screened as part of the Spectrum section of the 44th International Film Festival Rotterdam (IFFR) which runs till February 1, 2015 in Rotterdam, Netherlands.

The film which will open on Valentine's day this year is Shibutani's first solo movie.

The idol will attend the premiere in Rotterdam with director Yamashita Nobuhiro (38) on January 22, and this will mark his first time attending an international film festival, while this is director Yamashita's second consecutive year at the festival, having presented "Moratorium Tamako" last year.

Shibutani commented, "With the gratitude in my heart, I will confidently experience the film festival."

You can check the English sub-titled trailer here.