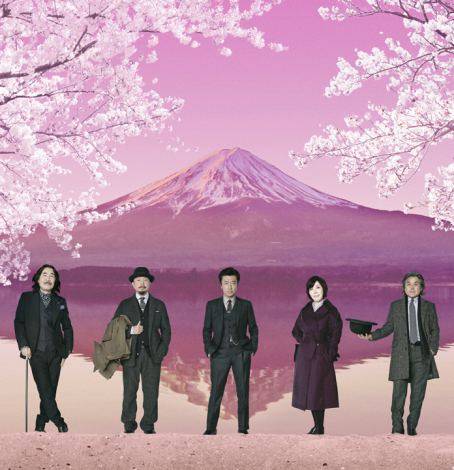 It's been revealed that Southern All Stars' new original album will be released on March 31.
With the new album, they will also hold a nation-wide tour, which is their first time in 10 years. It will be held in 10 locations with 21 shows including the 5 major domes.

The new album, currently untitled, will be their first album in about 10 years, as their last one was "Killer Street" which became a million-seller album, released in October 2005.

Originally, they were aiming to complete the album by the end of this year, but according to the officials, they are still working on it in order to make the album high-quality.

Fans can listen to the preview of 3 new songs that will be included in the new album starting on January 1st through CM spots. The 3 songs are "Iya na Koto darake no Yononaka de", the theme song for the upcoming TBS drama "Ryusei Wagon" (to begin on January 18), "Aloe", the CM song for WOWOW2015, and "Heiwa no Kane ga Naru", the image song for NHK's 90th anniversary.