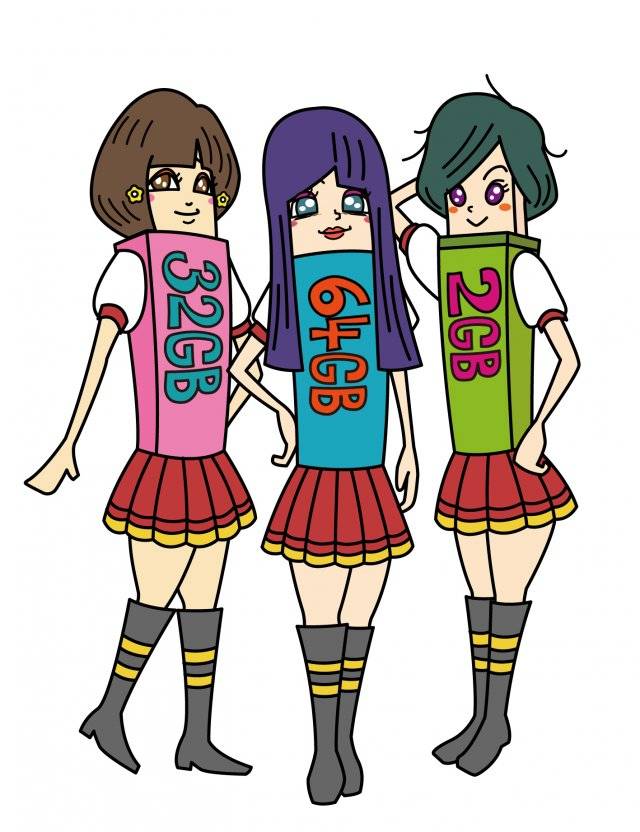 Kitahara Rie (AKB48), Suda Akari (SKE48) and Ikoma Rina (Nogizaka46/AKB48) will be making guest appearances in the short anime "Go!Go! Kaden Danshi" that is being aired on Hikari TV, NicoNicoDouga, and YouTube.

The humorous anime series which is in its second season, illustrates the college life of personified household appliances. Kitahara, Suda and Ikoma will appear as fictional idol group "USB45".

They are of course personifications of...USB sticks! Kitahara, who will voice 64GB-ko, commented, "I'll flying get your heart and your excel data! 64GB-ko!", while Suda, who will voice 32GB-ko, shouted out, "Brave and strong! Flash memorin! 32GB-ko!". Lastly, Ikoma, who will voice 2GB-ko, said, "Looking cool! But I'm a semiconductor! 2GB-ko!"

USB45 will appear in an episode parodying handshakes events on January 13. The teaser has already been revealed on the anime's official site. Viewers who tweet their comments may stand the chance to win autographed original goods from the USB45 members as well.