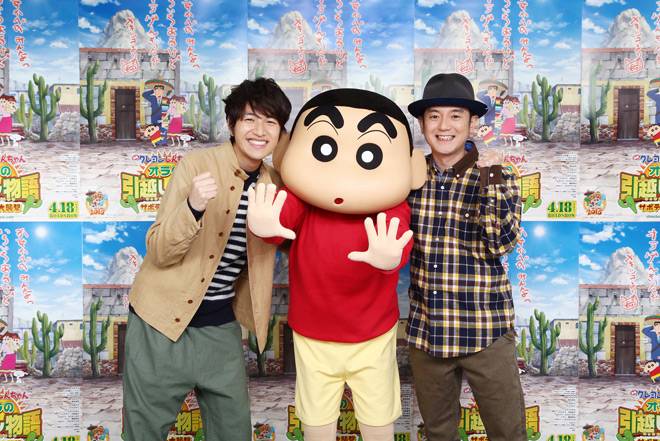 Yuzu's new song "OLA!!" has been picked up as the theme song for the upcoming anime film 'Crayon Shin-chan Ora no Hikkoshi Monogatari ~Saboten Daishougeki~' that's scheduled to open in theaters on April 18. The duo will also be in charge of the ending theme for the 'Crayon Shin-chan' TV anime starting on the February 6 broadcast.

'Crayon Shin-chan Ora no Hikkoshi Monogatari ~Saboten Daishougeki~' is the 23rd film installment of the 'Crayon Shin-chan' series'. In the movie, the Nohara family will move from Kasukabe City to Mexico. The story focuses on how the family overcomes parting with their friends to face a new environment and culture.

During the recording of "OLA!!", Yuzu invited musicians from overseas to play various instruments including the marimba, quena, fiddle, and maracas. It turned out to be a peaceful number with a Latin rhythm and heartwarming lyrics.

The release date for "OLA!!" has not been determined at this time.