AKB48 celebrates the one-millionth audience member to their theater 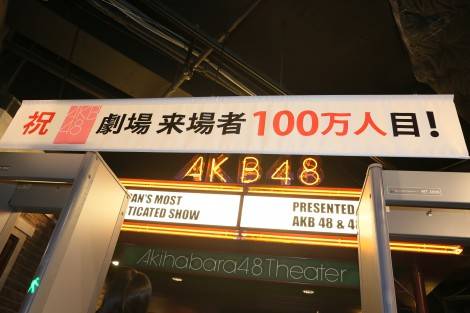 On February 25, the total audience members to AKB48's base, AKB48 Theater (Akihabara, Tokyo) reached the one million mark.

AKB48 theater has a capacity of 250, and there were only 7 people who visited the first opening performance, however, after 9 years and 2 months (3367 days) since its opening on December 8 2005, it has finally welcomed the one-millionth visitor.

The lucky one-millionth attendee is a 19-year-old female college student that lives in Osaka. 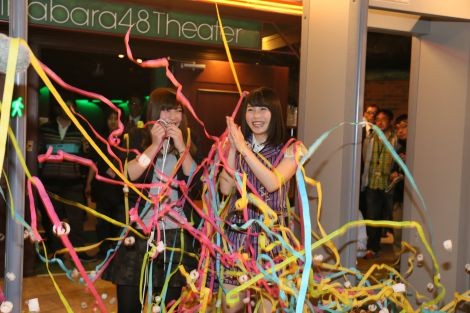 In a shower of colorful paper tapes with words of congratulation and applause, she received a "AKB48 Theater free lifetime pass ticket" from Yokoyama. It was her very first time to visit the theater, and she has never been to AKB's live concert before, according to the winner. 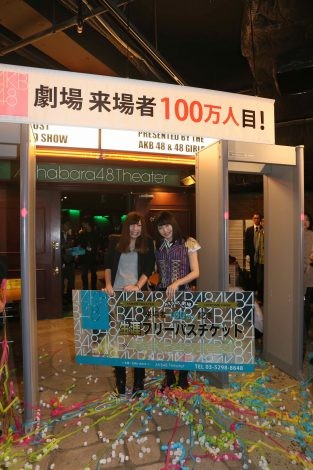 Not only the one-millionth visitor, but both the visitors 999,999 and 1,000,001 will also receive a free invitation ticket to their favorite team's performance at the theater.

At the day's live performance, Yokoyama who will be AKB48 groups' next general director, thanked the fans, and affirmed the group's determination, "In order to celebrate the two-millionth, three-millionth, and more visitors, we will combine our strength, and try our best, so please continue to support us." 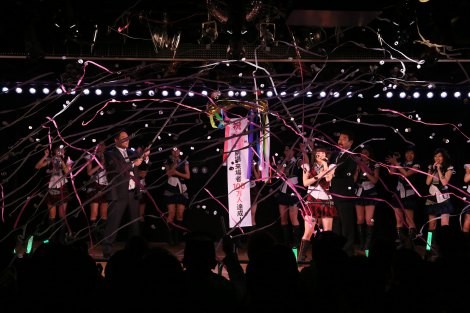 According to a rep, they count audience to the theater performances by AKB48 and SDN48, as well as other sister groups' visiting performances, and exclude people who visit only to see the theater or its lobby, and customers of the AKB cafe.