Arashi's Aiba Masaki to star in next 'Getsu 9' drama 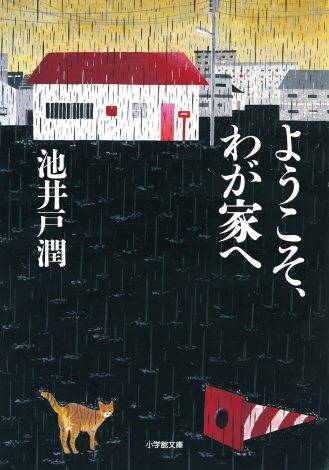 On February 1, it was announced that popular idol group Arashi member Aiba Masaki would be starring in Fuji TV's next 'Getsu 9' drama.

This marks Aiba's first time starring in 'Getsu 9' drama, and it will be the drama adaptation of Ikeido Jun's mystery novel "Yokoso, Wagaya e."

"Yokoso, Wagaya e" is a suspenseful drama which revolves around the Kurata family. In Ikeido's original novel, the protagonist was the father of the family, but in the drama, it will be changed to their oldest son, and the story will also be rearranged.

The Kurata family's oldest son Kenta (Aiba) is an unsuccessful commercial designer who lives with his family outside of town. One day, he warned a man who pushed a lady and tried to cut into the line at the platform. Since that day, Kenta starts being harassed by someone. They pull up all the flowers from his flower bed and the saddle of his bicycle is mangled among other things. Kenta and his family try to find who the stalker is, but there are too many suspicious people around his family.

Cast members to play the Kurata family along with Aiba, are Terao Akira (as the father, Taichi), Arimura Kasumi (as the younger sister, Nana), and Minami Kaho (as the mother, Keiko).

This will be the first time for Aiba to co-star with Terao and Minami, but the second time with Arimura, as they co-starred with each other in NTV drama "Mikeneko Holmes no Suiri" in 2012.

The shooting for the drama will begin in early March, and start airing in April.