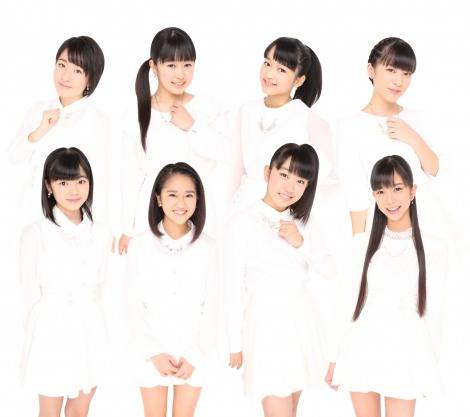 On February 25, Hello! Project announced that the name of their new Kenshuusei unit would be "Kobushi Factory".

The name "Kobushi Factory" came from Kobushi Magnolia, which is a tree native to Japan, and "Kobushi," which means "fist" in Japanese. They wish to be a group as graceful as the Kobushi Magnolia flowers and as powerful as a fist represents. Also, just like the language of the Kobushi Magnolia ("friendship", "trust", and "welcome"), they aim to deepen their friendship while trusting each other and to be welcomed by many people.

The "Factory" in "Kobushi Factory" is expressing that they would inherit the soul of Berryz Kobo that will go on indefinite hiatus in March.


Reportedly, Shimizu Saki (23), who will be the Hello! Project Adviser after Berryz Kobo's hiatus, also joined the selection to name this new unit.

On March 26, Kobushi Factory will perform in the musical "Week End Survivor", which will open at BIG TREE THEATER, and the group's first DVD single "Nen ni wa Nen / Survivor" will go on limited sale at the venue.