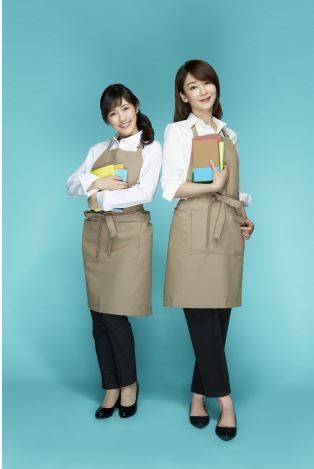 Watanabe, who will be starring in her first 'golden prime-time' slot, showed confidence in her acting, "In the future, I want to become an actress who can play a wide variety of roles, so this is a big step towards my dream. Please look forward to the actress Watanabe Mayu, instead of the idol 'Mayuyu'!"

The drama is an adaptation of Aono Kei's novel series 'Shoten Girl'. Set at a long standing bookstore called "Pegasus Shobou", it's a human life drama that portrays the growth of two bookstore clerks as they overcome troubles with work and love.

Regarding this big role, Watanabe commented, "I've always had the dream of starring in a drama series in the 'golden prime-time' slot, so it's such an honor to receive this offer!" While she hasn't told any of her members yet, she received some words of encouragement from AKB producer Akimoto Yasushi. "Akimoto sensei told me to do my best," she revealed.

On her first time working with Inamori, she said, "She was so pretty that I was overwhelmed, but she was really nice." Meanwhile, Inamori commented about Watanabe, "She was a cute person, as if a character were to jump out of a manga. When I met her, I felt we were somewhat similar and was able to talk to her naturally."

Besides Watanabe and Inamori, the drama will star Daito Seiichi as a comic book editor who falls in love with Aki at first sight and Tanabe Seiichi as he mystery man who keeps an eye on the two's conflicts. In addition, Suzuki Chinami and Inoo Kei (Hey! Say! JUMP) will play salesclerks who work a "Pegasus Shobou", Kinoshita Houka will play the store manager, and Inoue Jun will play Riko's father. The script will be written by Watanabe Chiho.