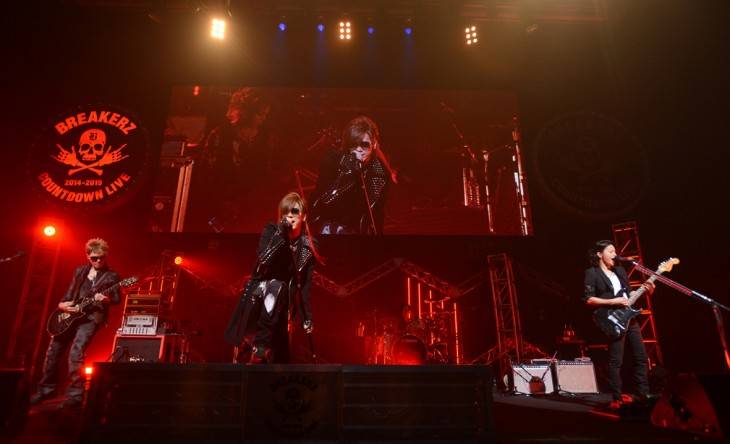 BREAKERZ have revealed the details on their new single "WE GO" that will be released on May 20.

During their concert on December 31, BREAKERZ announced that they would be restarting their activities as a band. "WE GO" comes about 2 years and 4 months since their last single "RUSTY HEARTS". It will be used as the opening theme for the anime 'Meitantei Conan' starting with its April 18 episode.

Additionally, BREAKERZ will kick off their nationwide tour 'BREAKERZ LIVE TOUR 2015' in August, marking their first tour in 2 and a half years. The tour will host a total of 11 shows with a finale on September 21 at Sendai Rensa. Tickets will go on sale on July 4.

"WE GO" Music Video?MV Off Shot