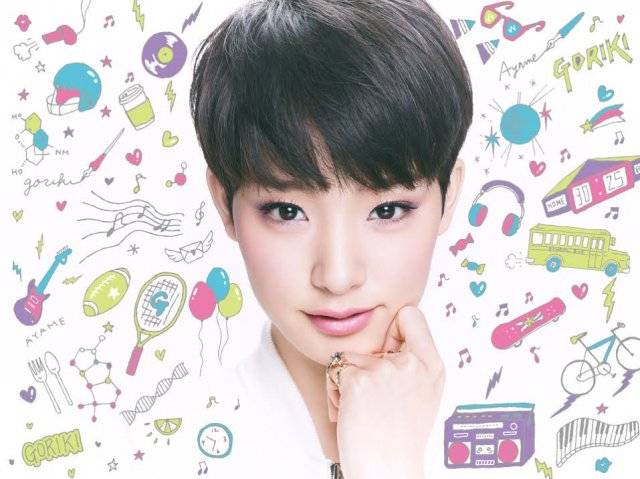 Gouriki Ayame has revealed the Regular Edition and Limited Edition A jacket covers for her 1st album "Gouriki Ayame".

The jacket covers feature a colorful design as the album includes a variety of songs. The kanji characters for "Gouriki Ayame" which can be seen on the covers were written by Gouriki herself. A footage of the singer writing these characters can be seen in the Limited Edition A DVD.

To commemorate the release of the album, Gouriki will hold an event on April 9 at Lazona Kawasaki. Besides a mini live, she will hold a handshake event with her fans who purchase the album.