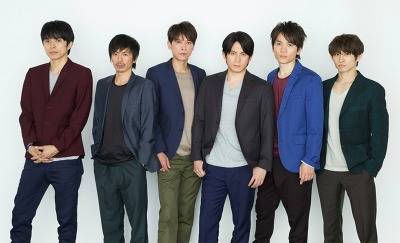 V6 will hold a nationwide tour from late-August to November.

This year marks V6's 20th anniversary since their debut. The tour will consist of 15 concerts, kicking off on August 30 at Hokkaido Prefectural Sports Center, and ending with a 4-day concert at Yoyogi National Gymnasium in November. The final day of the tour, November 1, is the group's 20th anniversary date. They have held a concert on this day at Yoyogi National Gymnasium both 10 and 20 years ago. Ticket details will be announced later.

Johnny's net and Johnny's web will be taking requests of what songs fans want V6 to perform during this tour. The deadline to submit requests is set to April 20th at 12:00 pm.

Amuro Namie's 'CAN YOU CELEBRATE?' picked up as theme song for dVideo drama

I didn't even realize they've been around that long.