'Hana Yori Dango' to get a musical play adaptation 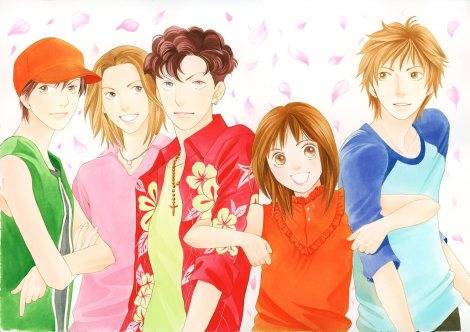 On April 19, it was announced that Kamio Yoko's popular manga "Hana Yori Dango" would be adapted into a musical play. It will open at Hibiya Theatre Crea in January and tour around Japan starting in February.

"Hana Yori Dango" tells the story of Makino Tsukushi, a girl who grew up in an ordinary family and enters the prestigious school Eitoku Gakuen, and F4, a group of 4 handsome guys who are all from super wealthy and powerful families.

The manga was serialized in "Margaret" (Shueisha) during 1992~2003, and it was first adapted into a live-action film starring Uchida Yuki and Tanihara Shosuke in 1995. It was then released as TV drama in 2005 and 2007, starring Inoue Mao and Arashi's Matsumoto Jun. Not only in Japan, but its TV drama versions were made in Korea and Taiwan as well.

The script for this musical adaptation will be written by Aoki Go, directed by Suzuki Yumi, and Honma Akimitsu will be in charge of its music.

The cast members who would play the F4 members will be announced at a later date, while the person to play the heroine Makino Tsukushi will be chosen through an open audition.