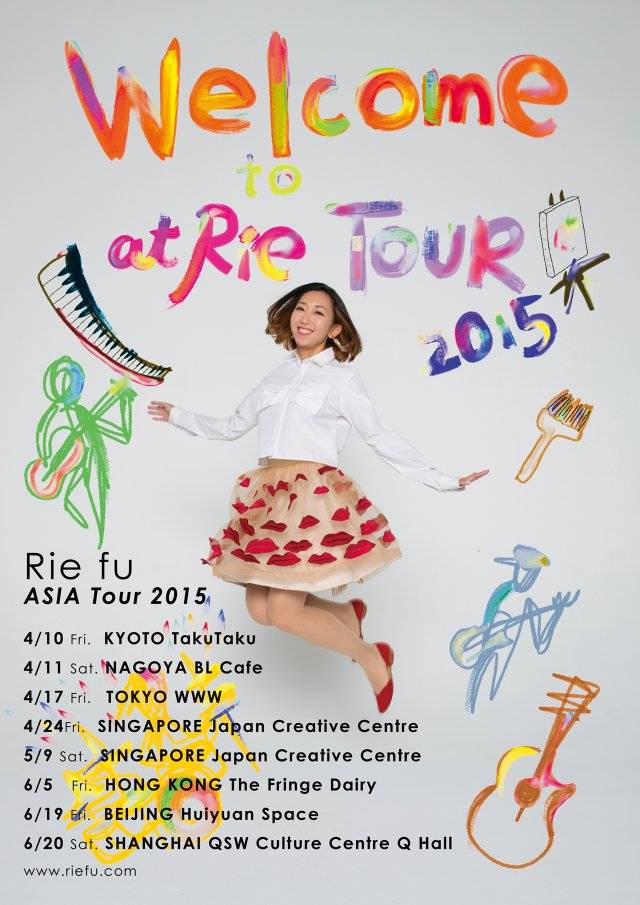 It's been announced that Rie fu will hold a Japan tour called 'Welcome to at Rie TOUR 2015 JAPAN', as well as an Asia tour called 'Rie fu ASIA Tour 2015', starting in April.Ā

Last year, Rie fu celebrated her 10 year anniversary and moved her activity base to Singapore. After touring Japan in April, she will hold concerts in Singapore, Taiwan, and China. For the concerts, she will prepare a set list that consists of songs from the time of her debut and songs from her most recent album "I" released last November.Ā