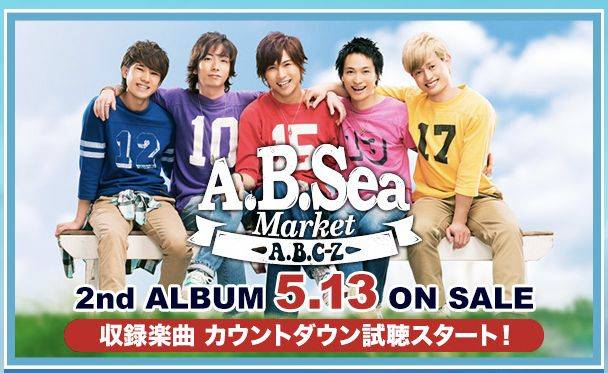 A.B.C-Z's second album 'A.B.Sea Market,' which went on sale on May 13 has sold 48,000 copies in the first week, topping Oricon's weekly album chart.

Though the group has topped the Oricon weekly DVD chart with 6 works including their debut song "Za ABC~5stars~" (released in February 2012), this is the first time for them to top the album weekly chart.

Also, the first week sales for the album is the highest number for them, as their first album sold 39,000 copies in the first week.