DAIGO will be this year's '24-Hour Television' charity marathon runner 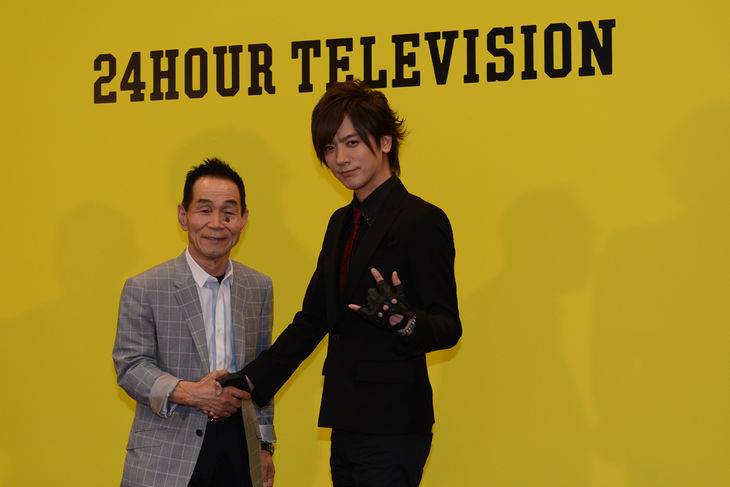 BREAKERZ's DAIGO (Vo) has been determined to be the charity marathon runner for NTV's '24-Hour Television 38'.

This was revealed on the May 26th broadcast of NTV's 'Shiawase! Bonbi Girl'. On last week's episode (May 19), DAIGO was nominated to be the runner.

Announcer Hatori Shinichi asked, "Will you run?" to which DAIGO replied, "HM." Then Hatori announcer said, "You're abbreviating here?" and DAIGO clarified, "Hashiri (H) masu (M) [I will run]."

A press conference was held immediately after the broadcast. When asked to share his current honest opinion, DAIGO responded, "I'm super SKR. I'm refreshed. I've never thought about anything so much. That's how much I thought in this one week. I will 100% have no regrets with my decision, so I'm glad I was able to share my feelings with everyone."

DAIGO revealed that he decided to run because of the words of encouragement that he received from fans across Japan. He shared that he had told the members of BREAKERZ his decision beforehand. "Those two have always given their approval of me doing other things than music, so they told me, 'DAIGO has never cut corners in his work.' They are very encouraging members," he said.

The longest distance DAIGO has run in his life is, "12 km (7.5 miles) for an event at school during the third grade of junior high school." He stated, "I think a healthy rock musician is good, so utilizing this opportunity, I hope to improve my physical condition." Finally, he dedicated a message to his fans, "I will train hard, and since I have decided on becoming a runner, I want to run with all my might. I have a tour this summer, but I want to do it so that it will not affect the tour."