Fukushi Sota to star in next 'Getsu 9' drama 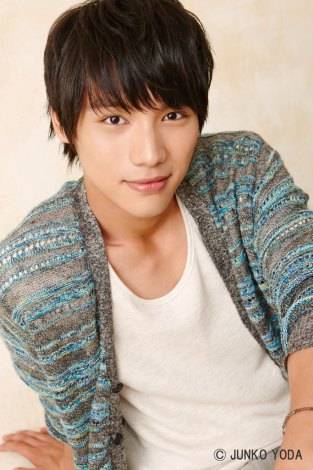 It was announced that Fukushi Sota (21) will be starring in the next 'Getsu 9' drama, "Koinaka (tentative title)."  This drama is said to be a pure love story.

After grabbing attention in TV Asahi's "Kamen Rider Fourze", Fukushi has been appearing in various works, however, this marks his first time to star in a serial drama on prime time.

Regarding that, Fukushi says, "I'm not really worried, nor feeling pressure. It's more like curiosity, interest, and excitement come first."

In the drama, Fukushi plays as the protagonist Miura Aoi who was born and raised in Toyama. Without any specific goals, he begins working at an architect office in Tokyo, and one summer day, he bumps into his first love and childhood friend Serizawa Akari. By involving people around him, Aoi starts realizing what a real love is.

The cast member to play as the heroine will be announced later, so stay tuned!