Nogizaka46 celebrates Mother's Day at their documentary event in Tokyo 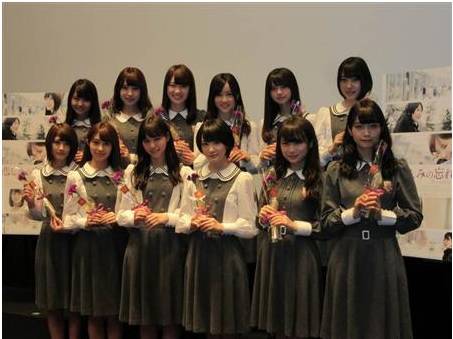 On May 10th, idol group Nogizaka46 appeared in Tokyo on Mother's Day for their documentary film, "Kanashimi no Wasurekata Documentary of Nogizaka46" (directed by Maruyama Takeshi, opens July 10th.) Twelve of the members' mothers also appeared at the event and were presented with carnations.

During the event, Ikoma Rina (19) stated, "I'm nervous." She also expressed her gratitude to her mother with, "I am thankful that my mother has followed me from (our home in) Akita to Tokyo in order to cook meals for me and for being there to encourage me whenever I feel down or face hardships."

MUSIC STATION's first special broadcast of the year to feature performances by Arashi, Official Hige Dandism and more
8 hours ago   0   168