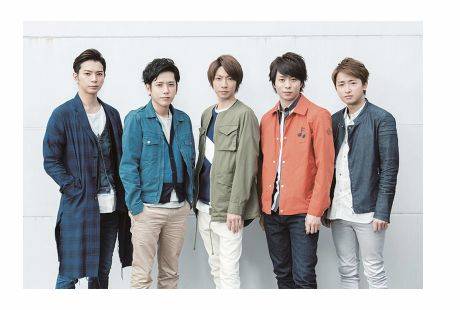 Popular group Arashi released their 46th single "Aozora no Shita, Kimi no Tonari", which is the theme song for member Aiba Masaki's ongoing Fuji TV drama "Youkoso, Wagaya e", on May 13.
According to Oricon, the single sold 501,000 copies during the first week, and it topped its latest weekly ranking.

This single is also the group's 35th consecutive (42nd accumulatively) No.1 single, and its first week sales exceeded the previous single's 465,000 copies.