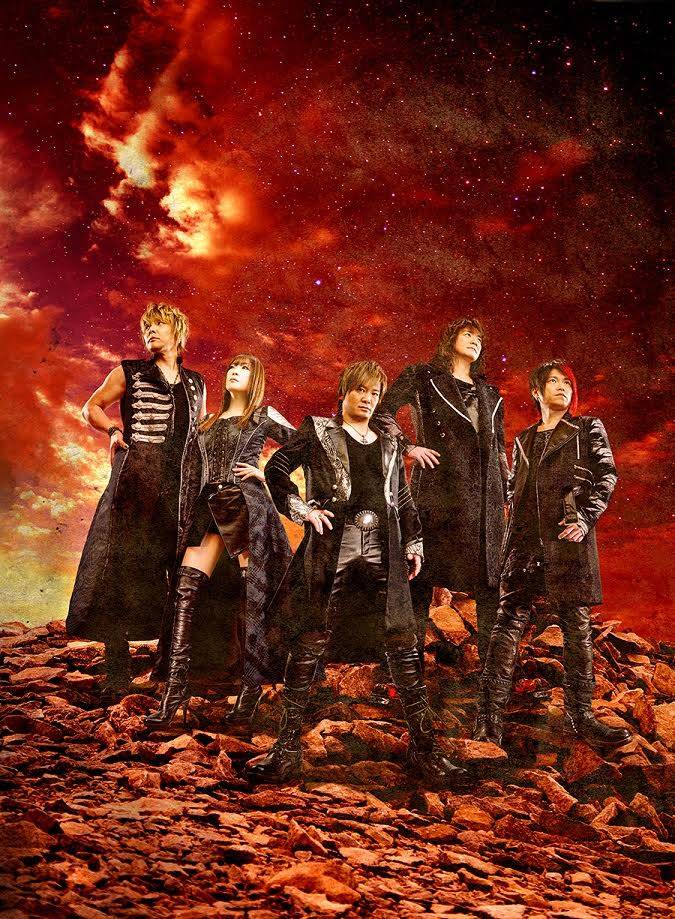 This year's festival is highlighted by live music from a wide range of pop, ani-pop, electronica, punk/alternative, and a cappella artists, as well as live comedy and other acts to complement an extensive roster of attractions, participants and exhibits, and other live programming.

Tickets and V.I.P Passes are available now at: www.J-POP.com. Both types of passes include access to daytime programming as well as the J-POP LIVE NIGHT concert. V.I.P Pass holders will have priority access to a premium viewing area and also will be invited to an exclusive Meet & Greet Event with JAM Project on Saturday, August 8th and Eir Aoi on Sunday, August 9th respectively. Details to be announced soon!

During the afternoon of Saturday, attendees also will be treated to the U.S. debut of Little GleeMonster, an extraordinary 6-member female a cappella group that has received wide acclaim in Japan for their unique vocal treatments to a range of popular Japanese and English songs. Also making their debut at J-POP SUMMIT will be FES?TIVE, a unique act built around the concept of Japanese "festivals" that has garnered a global following with their up-tempo, catchy sound.

The hilarious antics of the comedy duo, Jaru Jaru, also come to U.S. shores for the first time as does the stylish female pop duo, Faint?Star.

J-POP SUMMIT also introduces attendees to a brand new way to show their love of favorite Japanese idols with the Cheerz App, on which users can upload photos to show support for a wide array of top artists, including ones performing at J-POP SUMMIT. Cheerz users also can receive additional opportunities for visibility and promotion based on their photo's popularity among other users of the app. Over 300 top Japanese artists are currently active on Cheerz and since its launch in December 2014, fans have cheered on their favorite idols over 40 million times.  More information at: https://cheerz.cz/

J-POP LIVE NIGHT on Saturday begins at 4:30pm on the J-POP SUMMIT Main Stage inside the Fort Mason Pavilion. Specific set times will be posted shortly on www.J-POP.com.

Eir Aoi is a Japanese singer from Sapporo, Hokkaido that is signed to SEM Records (Sony

Music Entertainment). She gained wide popularity after several of her songs were used as the opening and ending themes for many popular anime series including Kill la Kill, Sword Art Online II and Season 2 of Aldnoah Zero:. She has built a worldwide fan base and embarks on her first international tour this summer.

Celebrating their 5th anniversary this year, Gacharic Spin is a true force of musical power from Japan! One of their songs is now used as the ending theme for Dragon Ball Kai. Taking their name from the word, "Gacha," derived from a Japanese word gacha-gacha, meaning clattering, each members' character and sound clatters and mixes perfectly with singers Hana and Oreoreona's powerful and melancholic voices, to result in a spectacularly unique sound. The band is signed to the JVCKENWOOD Victor Entertainment Corp. Taking hints from everything from pop to rock and industrial music, their energy-filled live performances and excellent musicianship have made them a very fun band to watch! Official Website: http://gacharicspin.com/;
Official YouTube Channel: Gacharic Spin Channel

Returning to J-POP SUMMIT for their first time since 2010 is JinnyOops!, the 3 -piece indie punk band from Osaka, Japan. The group, which is composed of Mitsuyo Ishibashi

(guitar/vocals), Chihiro Ishida (Bass), and Hitomi Futemma (Drums) are known for their wild and explosive punk sound and have made several appearances in the US.
Official Website: http://jinny-oops.com/
---

The Akabane Vulgars on Strong Bypass are a Japanese female punk rock trio from Tokyo.

Formed in 2005, the band has Kei Sofue on drums and sisters Yumi and Miki Uchizono on

vocals/guitar and bass, respectively. After playing at SXSW 2012 in Austin, Texas, the band embarked on a US tour and headlined the J-Pop Summit Festival in San Francisco. Known for their energetic live performances, the band has played countless shows internationally and have established a loyal fan base in Japan, as well as overseas.
Official Website: http://akabane-vulgars.jimdo.com/

This 6-member group composed of teenage girls has gained wide acclaim for their exceptional vocal skills and harmonies. Little Glee Monster was formed in Tokyo in 2013 by winners of a "Best Young Female Singer Audition" contest. The music video for the group's first single, Houkago High Five, featured on their major label debut for Sony Music has been viewed more than 500 million times!  Little Glee Monster's "Gao Gao All-Star" was selected as the ending theme song for the Pokemon XY anime series and their music also will be featured in the upcoming anime feature, Pokemon XY The Movie: The Archdjinni of Rings.
Official Website: www.littlegleemonster.com;
Official YouTube: Little Glee Monster Channel
---

Faint?Star is a Japanese pop-duo consisting of Hina (formerly of Tomato'n Pine) and Yuria that debuted in 2014. The duo gained international popularity after a Tokyo Girls Update article on their 1st music video became the most viewed article on the site. Faint?Star is produced by one of the most famous music agencies, "Agehasprings," and are known for their live performances that integrate advanced visual technology.
Official website: www.faintstar-tokyo.jp/
---

The 8-piece Japanese idol group, "FES?TIVE, is a unique act that builds on the concept of "festivals" and focuses on performing at Japanese festivals all over the world. FES?TIVE made its major label debut on Tokuma Japan in May, and throughout 2015, they will continue to showcase their "FESTIVAL FROM JAPAN" theme to intentional audiences. With their up-tempo and catchy sound, FES?TIVE is a rapidly growing force in the international music scene.

Jaru Jaru is a Japanese comedy duo made up of Shusuke Fukutoku and Junpei Goto, and

managed by the Yoshimoto Creative Agency. The pair is one of the most successful and

comedy consisting a fool and a long-suffering companion. In the twelve years that they have been active, the duo has received countless awards, made many TV appearances, and even starred in several movies.
Official Web site: http://jarujaruconte.com/