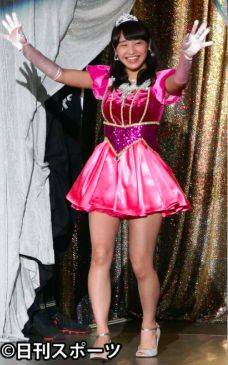 On June 22, during AKB48's performance at AKB48 Theater, member Hashimoto Hikari announced her graduation from the group.

This concert was held to celebrate Hashimoto's birthday, which was on June 17. The idol made the graduation announcement herself during the encore. While she didn't reveal the specific reason for graduating, she mentioned that she has found a new dream thus making it difficult for her to manage both her career and studies. Details on her graduation date will be announced at a later date.

Hashimoto passed the 14th generation auditions in May of 2012. She is a part of the unofficial unit "Kabuto Muchu" with members Uchiyama Natsuki and Maeda Mitsuki.