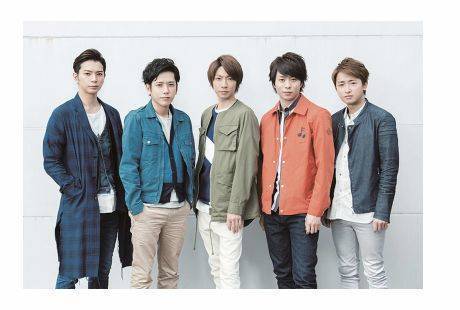 It's been revealed that Arashi will hold a 5 major dome tour starting in November.

The upcoming tour will kick off on November 6-8 at Nagoya Dome in Aichi. They are scheduled to hold a total of 17 shows in 5 locations with their finale on December 27 at Tokyo Dome. This will be the group's 4th consecutive year to hold a 5 major dome tour.

In related news, Arashi will release their live DVD / Blu-ray "ARASHI LIVE TOUR 2014 THE DIGITALIAN" on July 29. This will include the Tokyo Dome concert of last year's dome tour.