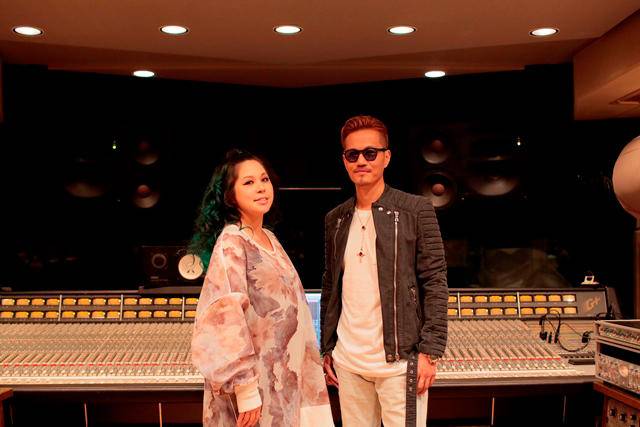 It's been revealed that EXILE ATSUSHI and AI have collaborated for a song called "Be Brave". This song will be used in Fuji TV's upcoming drama 'HEAT' (premieres July 7) starring EXILE AKIRA.

The two have collaborated about 7 years ago for the song "So Special", which was included in released as AI's single and included in EXILE's best-of album in 2008. "Be Brave" will be released under the name "EXILE ATSUSHI?AI" as it was written together.

Regarding the song, ATSUSHI commented, "As the drama will be a story about fire fighters, I wrote the song with the theme 'life.' Also inside of AI's stomach lives a brand new life. I wanted to give courage to the life inside of her, the life of children, and of course, the life of adults, and also to those who have lost their loved ones."

Meanwhile, AI said, "It's been awhile since I've worked with Acchan (ATSUSHI), but it's such an honor to be able to sing with him! I can really feel the spirit he puts into the songs that he sings. Also, we harmonized a lot this time, so it was fun to sing in a different way than the time we sang 'So Special'."

"Be Brave" is scheduled to be released sometime this fall, so stay tuned for follow-up reports!

Source & Image: natalie
Thanks to Connie Acevedo for the tip!