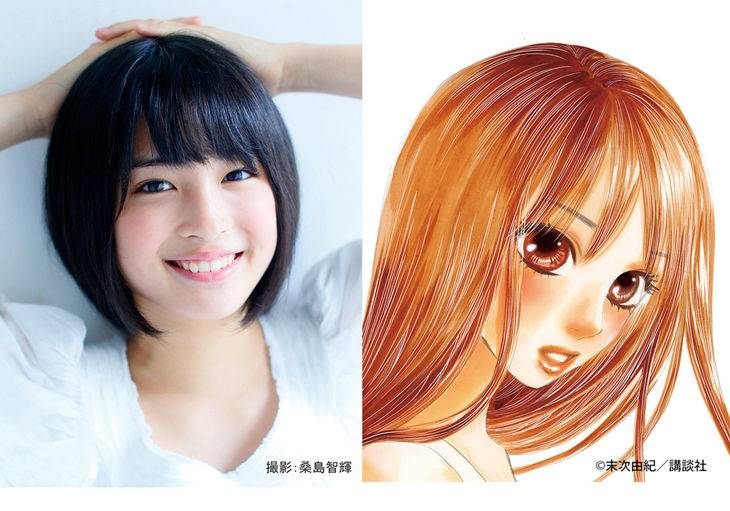 Suetsugu Yuki's popular manga "Chihayafuru" is getting a live-action film adaptation, and it was recently announced that Hirose Suzu has been chosen to play the protagonist 'Ayase Chihaya'.

The film adaptation is directed by Koizumi Norihiro ("Taiyou no Uta", "Kanojo wa Uso wo Aishisugiteru"), and it will be released as two films; "Chihayafuru: Kami no Ku" and "Chihayafuru: Shimo no Ku".

The subject of the manga is Competitive Karuta (Japanese card game), and it depicts the youth of high school students that exert themselves to be on top of the Karuta competition. 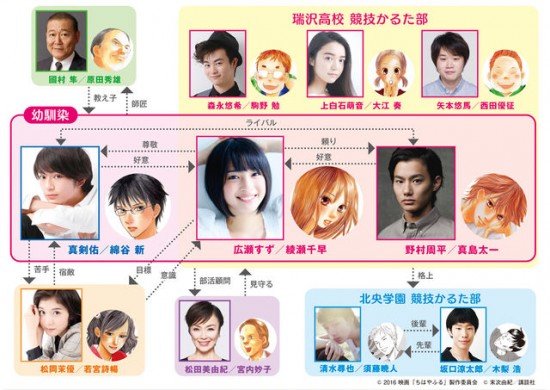 Other cast members to play the main characters have also been revealed.
Nomura Shuhei will play 'Mashima Taichi', Chihaya's childhood friend, while Mackenyu will play 'Wataya Arata' who introduces the Karuta to Chihaya, and Chihaya's rival 'Wakamiya Shinobu' will be played by Matsuoka Mayu.
It was also announced that Kamishiraishi Mone, Yamoto Yuma, Morinaga Yuki, Shimizu Hiroya, Matsuda Miyuki, and Kunimura Jun will be appearing in the film adaptation as well.

"Chihayafuru: Kami no Ku" is slated for release in March 2016, and "Chihayafuru: Shimo no Ku" will be released in April 2016 sequentially.