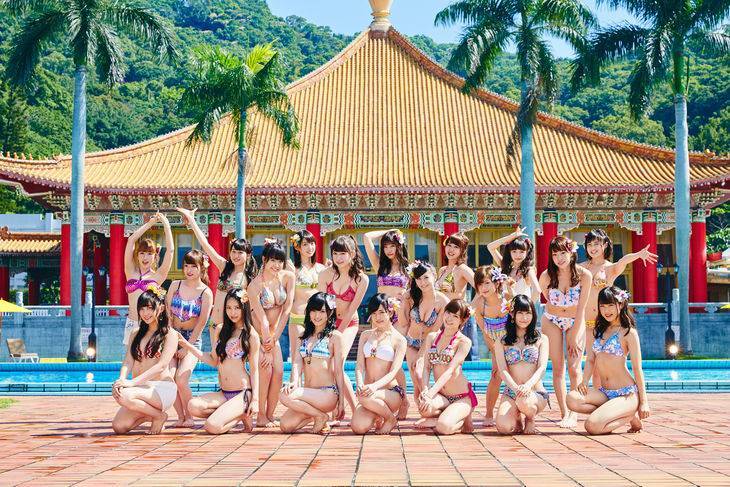 "Durian Shounen" is the title track to NMB48's new single scheduled to be released on July 15. In the PV, which was shot in Taiwan, you can see the center Suto Ririka eating durian as well as scenes of the members enjoying Taiwan's night market. There is also a dancing version PV, which features the members dancing in their bikinis.

The PV was directed by Miki Takahiro, who also directed the PVs for "Nagiichi" and "Bokura no Eureka".