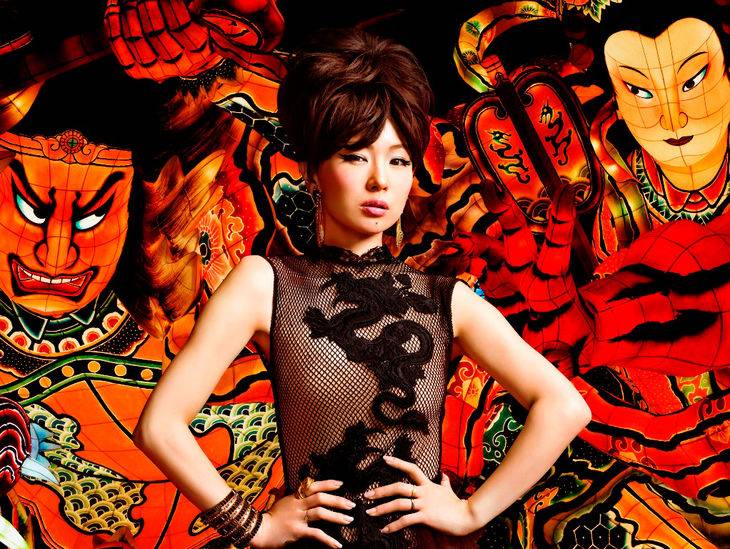 The double A-side single, which will only be released in a Complete Production Edition, has received major tie-ups. "Nagaku Mijikai Matsuri" is a dance tune with a Brazilian music taste and is the CM song for Coca Cola's 2015 summer campaign. It's a duet with Ukigumo (ex. Tokyo Jihen), and it's said to be a powerful anthem of the summer. As previously reported, "Kamisama, Hotokesama" is being used in the CM for "isai vivid" starring the singer herself.

Sheena has also announced a hall tour called "Sheena Ringo to Aitsura ga Yuku Hyakkiyakou 2015" for this fall. It will kick off on October 14 and 15 at Olympus Hall Hachioji for a total of 18 shows in 11 locations. Information on ticket pre-orders will be enclosed in her new single "Nagaku Mijikai Matsuri / Kamisama, Hotokesama".