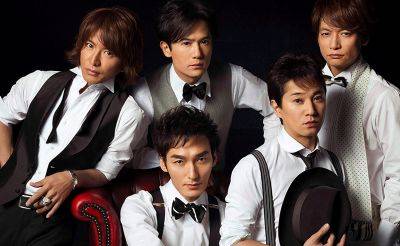 On June 27th, SMAP's Nakai Masahiro revealed that he had surgery earlier this month to remove a tumor in his throat.

Nakai had an uncomfortable feeling in his throat since about a year and a half ago. Because his voice had gotten so raspy, he went to see a doctor in late-May. Upon detailed examination, a tumor was found in his throat and the doctor told him that it could be cancerous. Consequently, he received surgery on "June 3rd or 4th".

Nakai was hospitalized for 5 days. He said that his hospitalization was the most fun he's ever had in his life because he didn't have to see anybody. Nakai also revealed that he had lost his father this February due to throat cancer.

On the same day, Nakai served as the host of TBS' music program 'Ongaku no Hi', and also performed a medley with his group. He didn't show any signs that he had undergone throat surgery.