Viewers complain the CM for new 'Juon' movie is too scary 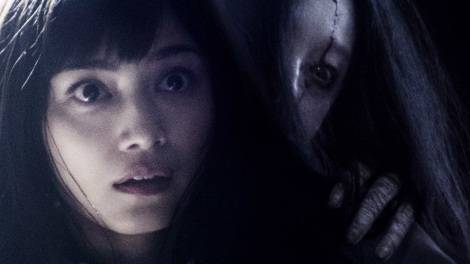 Actress Taira Airi is starring in the horror movie "Juon: The Final" (opens on June 20), and its TV CM has been airing. However, many viewers complained that the CM was too scary, so changes have been made.

"Juon: The Final" is the last chapter of the popular "Juon" series, which is known as 'the scariest Japanese movie.' There have been 8 films released from the series, and this newest one will be a sequel to last year's "Juon: Owari no Hajimari" starring Sasaki Nozomi.

The original CM was 15 seconds long, which started with a warning for people with a weak heart, and it included a scene where Taira slowly looked back and the famous "Kayako" face appears. The CM began airing on the 12th, and reportedly, TV stations and distribution company received over 100 claims within 3 days that it was too scary. Therefore, they temporarily canceled airing the CM and re-released a "softer" version starting on the 17th.

You can see how scary the "too scary" scene is on the actual movie.