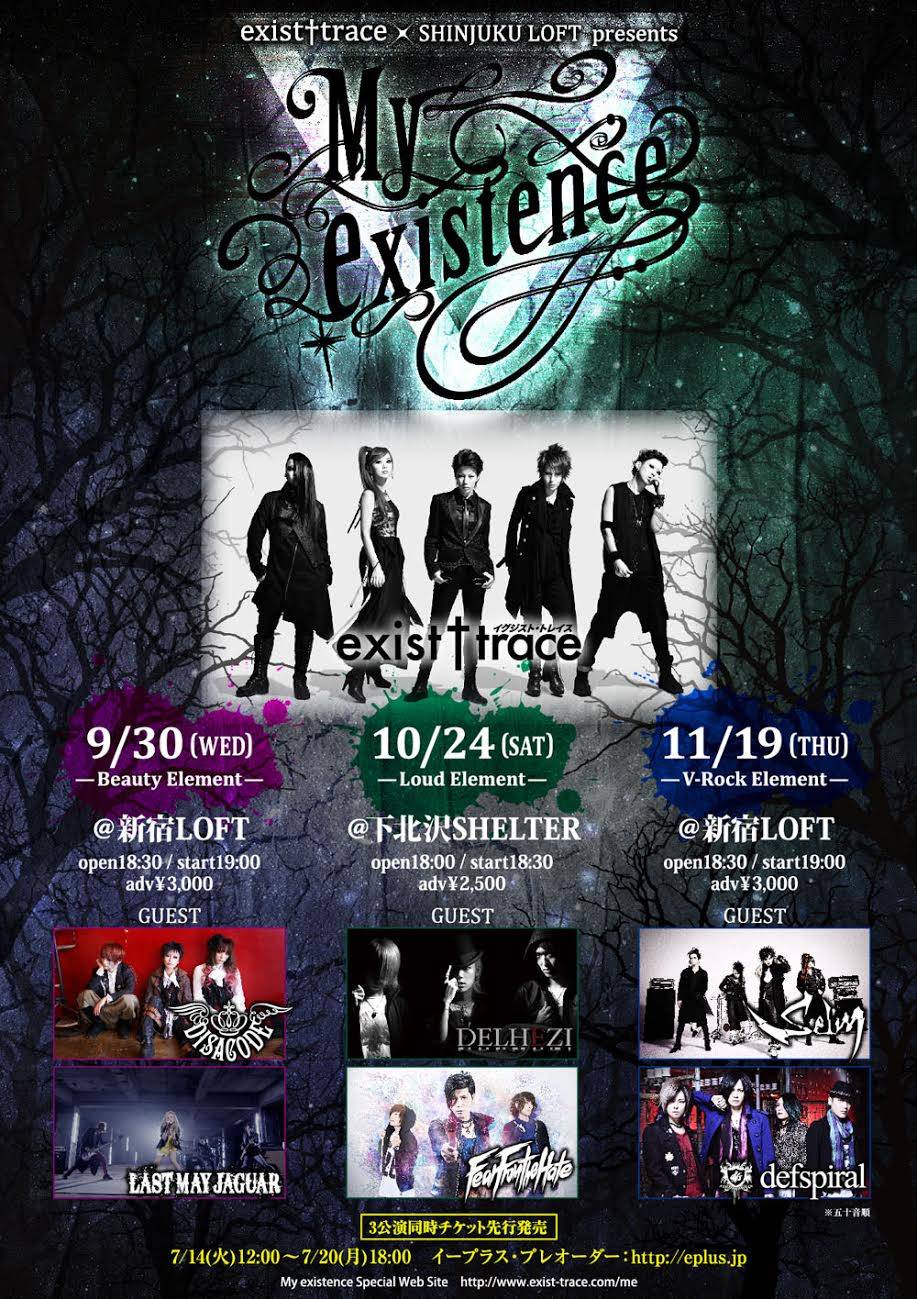 Japanese girl rock band existćtrace have announced their guest lineup for this fall's "My Existence" trio of 3-man live shows in Tokyo.

Each show is designed around a separate element that the existćtrace band members feel is integral to their identity as a band.

September 30 at Shinjuku Loft: "My Existence ?Beauty Element?" existćtrace with DISACODE and LAST MAY JAGUAR

October 24 at Shimokitazawa Shelter: "My Existence ?Loud Element?" existćtrace with DELHEZI and FEAR FROM THE HATE 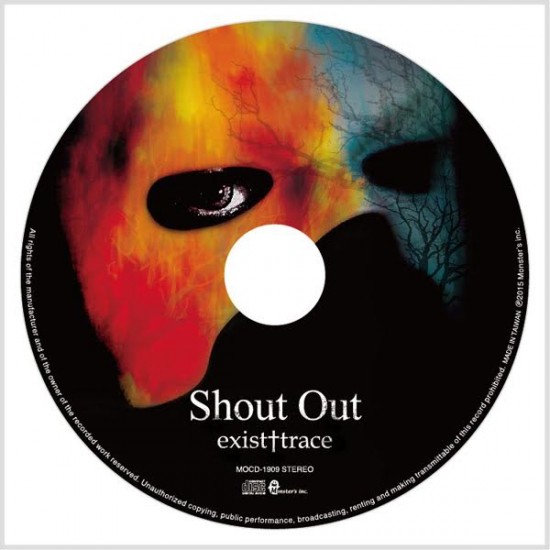 existćtrace have also released a preview of their second "one-coin" single titled "Shout Out", which will be available to fans who attend the band's live shows starting July 19.

Along with multiple tours of Japan, existćtrace have performed twice in Europe, making appearances in Berlin, Helsinki, Moscow, Paris, London, and Barcelona. In 2009, the band performed at the 2-day V-ROCK FESTIVAL in Chiba, Japan.

In November 2010, existćtrace released their album TWIN GATE in Japan and America followed by their first American live show for 3000 fans at Sakura-Con in Seattle in April 2011. In June of the same year, they made their major label debut with the TRUE EP on Tokuma Japan and released a second 5-song EP THE LAST DAYBREAK in October 2011.

In April 2012, existćtrace's "I feel you" was selected as the main theme for Olympic champion Nadeshiko Japan's official guidebook. Their first full-length major label album VIRGIN was released May 23, 2012.

In June 2012, over 27,000 viewers from around the world tuned in to Nico Nico Douga to watch existćtrace's live-show event "Just Like a Virgin" from Tokyo's renowned live house Shibuya O-WEST, which was later released on DVD and screened in theaters worldwide by Live Viewing Japan.

In June 2013, existćtrace returned to America for the third time in three years to perform at A-Kon in Dallas, TX. Their next single, DIAMOND, was released in July 2013 followed by a worldwide digital release on iTunes, Amazon, and Spotify. Spiral Daisakusen was released in May 2014, and the band launched their international fan club ARCHANGEL DIAMOND the same month.

Their latest album WORLD MAKER was released in September 2014.