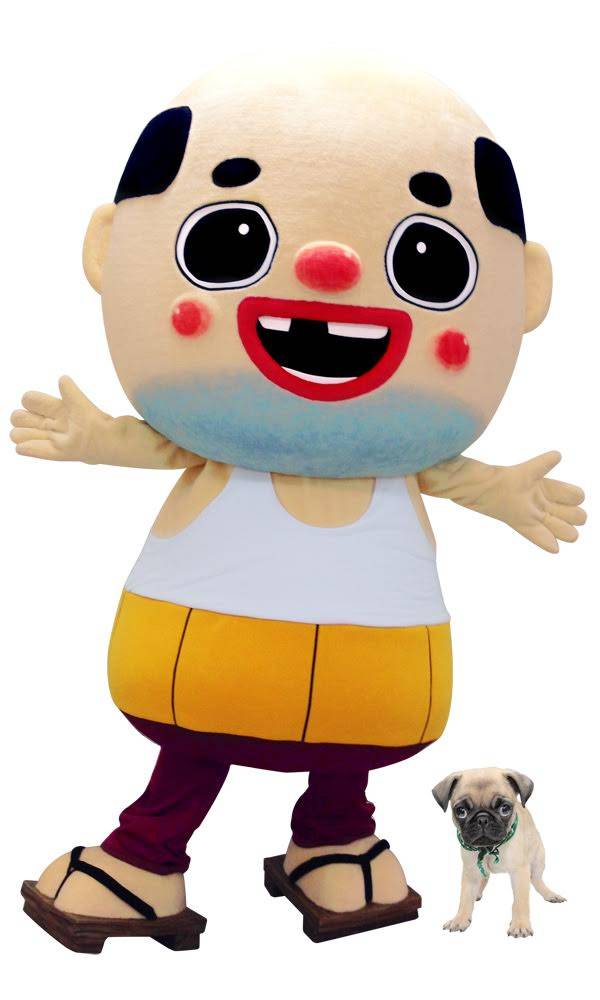 Japanese mascot Ossan made his successful American debut at Anime Expo in Los Angeles which was held from July 2 to July 5. The popular "Go Torch" (also known as "yuru-kyara") appeared as a Guest of Honor at the convention and spent four days giving photo opportunities and prizes through the "#FoundOssan" social media campaign, with hundreds of fans rubbing Ossan's head for good luck.

The feisty character joked with attendees in both English and Japanese, danced with fans, and gave live interviews to the American press.

Ossan will return to the United States next month for J-Pop Summit in San Francisco, August 8-9, where he will continue to bring smiles and share Japanese culture and comedy. More information can be found at http://www.j-pop.com.

Ossan (sometimes called "Chicchai Ossan") is one of Japan's top local mascots along with Kumamon and Funassyi. There are more than 3500 mascots in Japan, each of them representing a specific prefecture or city.

Ossan's real name is Shinichi Sakata. He is a middle-aged Japanese guy with a strong Kansai dialect from Hyogo prefecture with a wife, four children, and a dog named "Yagi" (goat). Ossan is frequently seen on Japanese television commercials, programs, and game shows. He showed up as a "stamp" on chatting app LINE last year and ranked in the Top 3.

In Japan, Ossan has become one of pop culture's favorite characters with his sharp tongue and warm fatherly advice. People in Japan think he is very funny -- ask him to play the national anthem and see what he does! There is also a rumor that you can gain good luck if you get a chance to rub his shiny bald head... but you always have to ask him nicely.