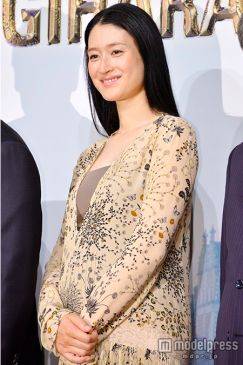 On July 11, actor Matsuyama Kenichi (30) announced that his wife, actress Koyuki (38) has given birth to their 3rd child.

The actor made a live appearance on NTV's morning news program 'Zoom In!! Saturday'  to promote his starring drama 'Dokonjo Gaeru'. During the program, Matsuyama stated, "After becoming a father, I have started to wake up early." Then, announcer Tsujioka Gido asked, "How many children do you have?" to which the actor responded, "I have two, but another one was born on the 8th."

Matsuyama and Koyuki married in April of 2011. They welcomed the birth of their first child, a son, on January 5, 2012, then their second child, a daughter, on January 10 of the following year. The couple announced their third pregnancy earlier this March.