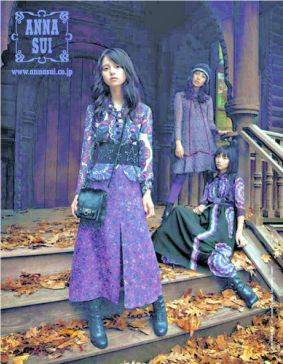 It's been revealed that Nogizaka46 members Saito Asuka, Kitano Hinako, and Saito Yuuri will make their worldwide modeling debut. They will appear in media all over Asia as advertisement models for fashion brand ANNA SUI's 2015 fall/winter collection.

Usually, ANNA SUI selects super models who have walked the New York Collection runway to advertise the brand. Following actress Anne in 2006, Nogizaka46 will be the second Japanese to model for the brand. They were chosen as they are becoming increasingly popular, not only with men but also with women, for their pure image and fashionability.

The three members recently participated in a photo shoot held in New York and met designer Anna Sui. Member Saito Asuka, who is the house model for fashion magazine 'CUTiE', commented, "I just couldn't believe it. In a hurry, I frantically searched all over the internet for ANNA SUI-san." She also shared that she was on a diet for a few days before the photo shoot.

For Saito Yuuri and Kitano Hinako, it was practically their first time taking up a big modeling job. Yuuri said, "It's like a dream. I'm very happy," and Hinako added, "Why me? It's a mystery to me. I'm not a professional, but I will definitely make it a good piece of work!"

A person in charge explained, "We didn't take into consideration if they were a senbatsu member or not. Our selection criteria was that the member matched the brand's image. The three members have a 'innocent girlyness' and they looked like they had 'a feeling of gap within them'." Anna Sui also revealed her impression of the girls, "They were so cute, like characters out of a story!" 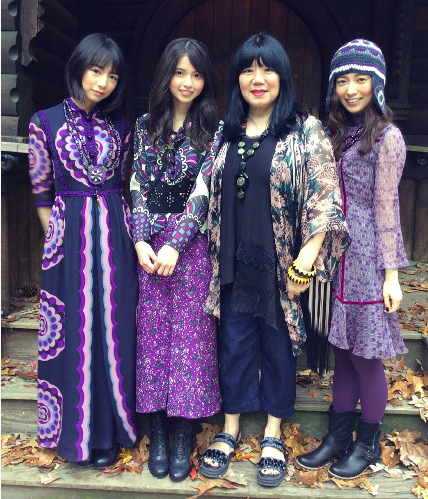