ORESKABAND returns to U.S. for 2 shows in July 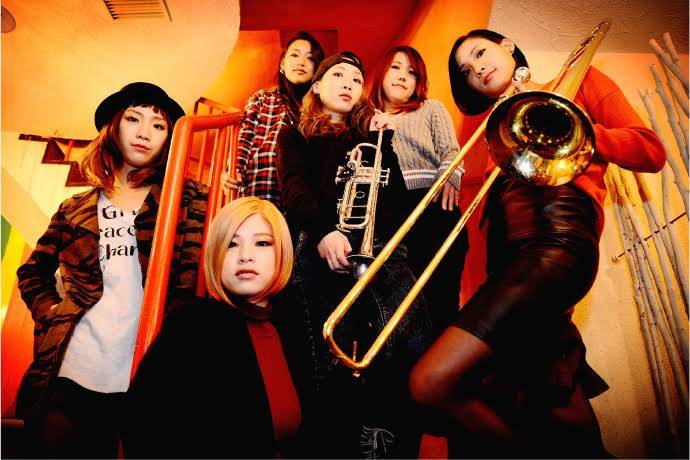 The members include: iCas on vocals and guitar, tae on drums, Tomi on bass, SAKI on the trumpet, HAYAMI on trombone, and morico on the saxaphone and keyboard (she is currently on hiatus).

Their story began about a decade ago in Osaka, when a few middle school brass band members got together without much thought and formed "We're Kasu Kasu American Rozun Ska Band with Cutter Shirts". Of course, the band's original name had to be abandoned because a certain venue said their name was too long and was causing trouble for the graphic designer. The girls henceforth called themselves "ORESKABAND" for short.

The band's first major debut came in the form of "Ore" in 2006, when they were still in the 12th grade. Before long, their success brought them on stage in Austin, Texas for SXSW ("South by South West"), which was immediately followed up by their full-album release, "ORESKABAND" in Japan and the U.S.

Their influence in the U.S. reached an all-time high during "WARPED TOUR 2008",

where the six girls hit 46 cities, a first for a Japanese band, and even collaborated

with Reel Big Fish and Katy Perry among others.

Over the next five years, they went forward to conquer Japan. Starting with "What a

Now, in 2015, the one and only all-female Ska band is pioneering unexplored musical territory, ready to leave their mark on history. For show details, see below: