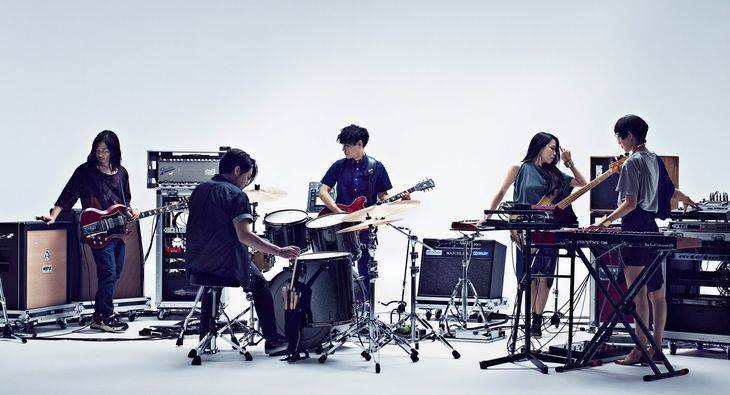 It's been revealed that Sakanaction will provide the theme song for the live-action film adaptation of popular manga "Bakuman".

The story revolves around two high school students, played by Sato Takeru and Kamiki Ryunosuke, who aim to become manga artists for 'Weekly Shonen Jump'. After receiving the offer from director Ohne Hitoshi, vocalist Yamaguchi Ichiro did research on a manga he usually doesn't read, then wrote and composed a song called "Shin Takarajima" (New Treasure Island). The song is named after Tezuka Osamu's manga of the same title, which was written shortly after World War II.

It took Yamaguchi about 6 months to complete the song. "I was able to through a musician's trouble of 'writing lyrics' and a manga artist's trouble of 'drawing'," he said.

"Bakuman" is scheduled to open in theaters on October 3.