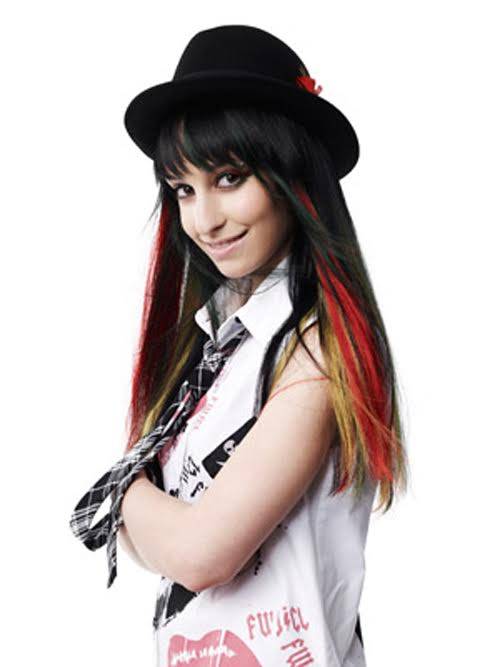 Moshi Moshi Nippon Festival 2015 announced the addition of singer and voice actress BECCA as a performing guest of honor at its upcoming inaugural event this August.  She will be performing as part of the entertainment for the KKS Audition 2015 finals on August 1 hosted by Kawaii Kakkoii Sugoi.

BECCA is a singer/songwriter who has worked under the Sony Japan music label.  She has performed theme songs for Black Butler and Ultraviolet Code: 044, as well as voiced the English language version of 44 in the anime series Ultraviolet Code: 044.  Her music has been covered by Miku Hatsune and they even shared a duet of her song "Shibuya."  BECCA has released 8 albums in her career so far ranging from pop to active rock. She's been touring the United States fronting the band Stars In Stereo, blowing away audiences with her powerful vocals and energetic stage presence. She is most recently featured in Revolver's "Hottest Chicks in Hard Rock" issue.

The first Moshi Moshi Nippon festival in Los Angeles will feature LIVE DAM Karaoke, fashion brands Pure, Aymmy in the batty girls, jouetie and others, with booths on site to showcase Japan's booming fashion and J-pop culture.  The MOSHI MOSHI NIPPON booth will be offering products from MOSHI MOSHI BOX in Harajuku, including MOSHI MOSHI original products as well a selection of the most popular goods, including the popular, quirky "sushi socks".

Since 2009, Kawaii Kakkoii Sugoi (KKS) has been dedicated to promoting Japanese culture, especially Japanese music, on a variety of SNS platforms, including a news website and a YouTube channel. So far, its YouTube channel has garnered over 41.7K subscribers. Kawaii Kakkoii Sugoi also successfully hosted the KKS audition on Mobile App SURT in collaboration with major music labels in Japan in 2015. As one of the best North American promoters specialized in Japanese culture, Kawaii Kakkoii Sugoi is growing very fast. Some of its clients include Universal Music, Sony Music Entertainment, Live Viewing Japan, Perfume, L'Arc~en~Ciel, VAMPS, LUNA SEA, ONE OK ROCK, MAN WITH A MISSION, MIYAVI, and SCANDAL.

More information about Kawaii Kakkoii Sugoi can be found at http://www.kawaiikakkoiisugoi.com.

For more information about Moshi Moshi Nippon Festival in Los Angeles, visit our website at http://www.moshimoshi-nippon-la.com.